Modernity and the Holocaust, 30 Years Later.

To mark the thirtieth anniversary of the publication of Zygmunt Bauman’s Modernity and the Holocaust (1989), two events were held in the week 9th-13th September 2019. We are delighted to announce the online publication in the journal Energy Policy a new article from our PROSEU project entitled: Prosumers in the post subsidy era: an exploration of new prosumer businessmodels in the UK. This paper by Brown, Hall and Davis explores the evolving renewable energy‘prosumer’phenomenon in the United Kingdom (UK). Itidentifies and… 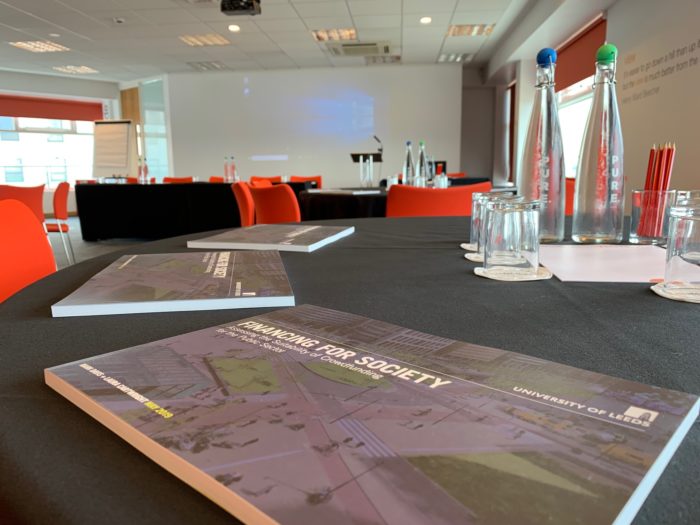 On 18th June 2019, the team behind the Financing for Society report led a training workshop for Local Authorities, professional services, legal, and corporate partners, focused upon the potential of Community Municipal Bonds. The Bauman Institute is very sad to learn of the death of Keith Tester, Professor of Sociology at Hull and an expert on culture and morality, as well as one of the world’s leading commentators on Zygmunt Bauman. On 16th and 17th January, we held a symposium to mark the second anniversary of the death of the internationally-renowned sociologist and cultural analyst Zygmunt Bauman.

Call for Papers – Modernity and the Holocaust, thirty years on

August 2019 will mark the 30th anniversary of Zygmunt Bauman’s monumental book Modernity and the Holocaust. To mark the anniversary of the book, and to evaluate its legacy, a full-day symposium will be held on Tuesday 10th September at the University of Leeds.

‘Bauman and Refugees – Biography and Writing’

Izabela Wagner-Saffray (Institute of Sociology, Warsaw University) delivered a fascinating paper – entitled ‘Bauman and Refugees – Biography and Writing’ to a packed room as part of the School of Sociology and Social Policy research seminar series. After 50 years believing it was lost, Bauman’s book Sketches in the Theory of Culture was discovered, restored and published. With contributions from Bauman’s family, this remarkable story provided the basis for the Bauman Institute’s latest contribution to the School’s seminar series.

Professor Zygmunt Bauman, celebrated as one of the greatest social thinkers of our times, passed away on Monday 9th January 2017 at home in Leeds. He was 91. Professor Bauman was head of the sociology department at the University of Leeds until his retirement in 1990. The Bauman Institute was founded in 2010 in his…

Anticipating Futures in a Complex World: An interdisciplinary seminar series